Subscribe to our blog for updates and great deals, delivered straight to your inbox

Graphics of Normal and Abnormal Feet 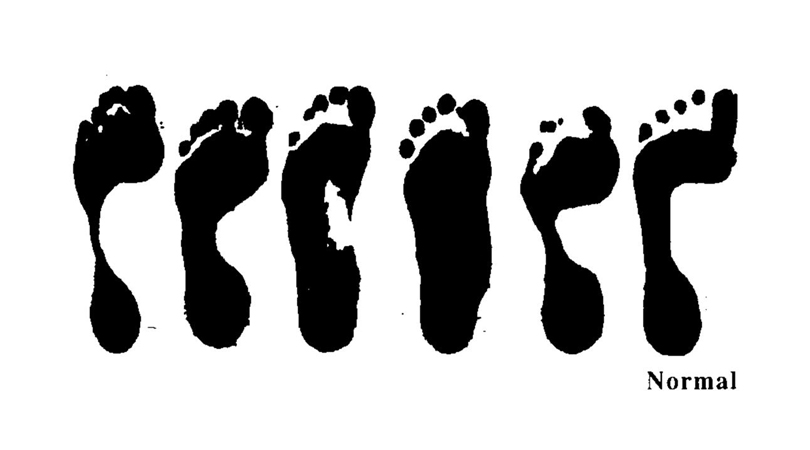 Above you will see examples of typical Diagnostic foot impressions  that show various weight bearing impressions related to biomechanical deficiencies and a healthy foot impression. This is a diagnostic tool to be used in an assessment of foot structure. You can view more information on the various types of foot issues which are explained under the heading "Home" sub heading "Common issues with feet"

gives tired and swollen feet and ankles  a nesting place to recover.

If you have plantar fasciitis, ankle sprain, arthritis, hammer toes, or general swelling from traveling or being on your feet all day, you can get relief. This is not like any heating pad you have ever tried. It's specifically designed for the feet, as it gives a comfortable place for the feet to warm up, but it goes a step further by using Far Infrared Heat. Inside the housing is the magic that warms up using radiant heat. This means Far Infrared wavelengths are absorbed into the heat insert without heating the air in between. The radiant heat safely and gently warms the feet and penetrates 10 times deeper than a traditional heating pad. In just 20 minutes of heat therapy, the infrared wavelengths have entered 2.36 inches into the body. As a result, this area receives increased blood circulation, which reduces inflammation, removes toxins, and delivers important nutrients for repair. Give your feet the love they deserve by ordering a Solemate Infrared Heating Plate today.

Do You Really Need Custom Made Orthotics for Running? 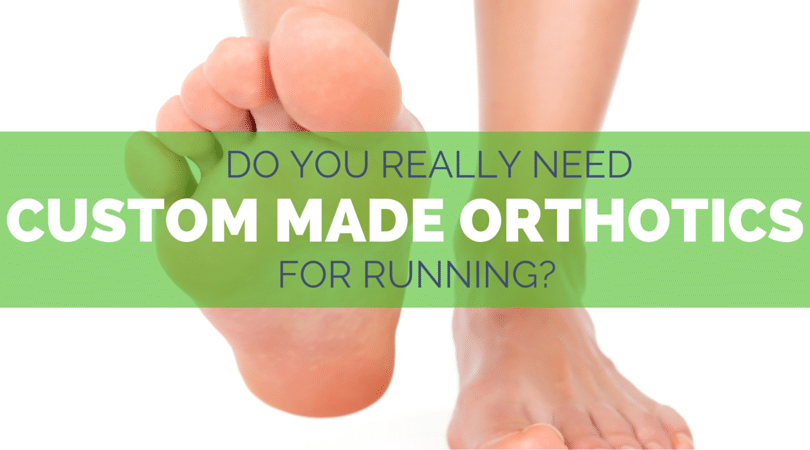 If you have car trouble, you talk to a mechanic.

If you are feeling unwell, you talk to a doctor.

If you need running advice, chances are, you end up in a running store.

Which will lead to more injuries and the runner blues.

Is there a way to fix or help runners with flat feet, high arches, runner’s knee, or plantar fasciitis, amongst other injuries without spending lots of money?

They often come with a hefty price, and the cost of custom fit orthotics usually not covered by health insurance.

Today, we’ll take a look at the science behind custom orthotics and whether they are worth it for runners, especially when you consider how often some custom made running shoe orthotics need to be replaced.

Is Under or Over Pronation Really the Cause of Your Running Injuries?

Custom orthotics have quite the colorful scientific record.

They’ve been around for quite some time, so podiatrists have developed a variety of theories on which to base the design of a particular orthotic.

For a long time, orthotics were centered around the “pronation” paradigm, which, in short, held that overpronation (an inward rolling of the ankle during the running stride) was the root cause of many running injuries.

Orthotics incorporated a built-up arch and a slanted heel that tilted your foot outward.

The idea being that the built-up material would prevent the foot from pronating, and hence prevent or treat injuries related to overpronation.

Here’s where it gets interesting:

In the experience of many podiatrists and sports medicine doctors, they were successful.

Runners came in injured, were prescribed a custom orthotic, and recovered.

But there were ruminations of trouble when biomechanics labs attempted to quantify the degree to which a particular feature (say, a slanted heel) on a custom orthotic altered a runner’s gait.

Experiments were producing different results, and generally not agreeing with the predictions of the pronation theory.

What was the bottom line?

Studies of running injuries were not showing a clear connection between pronation and injury.

Custom made orthotics to help recovery for injured runners

These problems came to a head when Benno Nigg published a now-widely-cited paper in 2001 detailing the evolution of his laboratory’s work on pronation and orthotics.

Nigg detailed a series of studies he carried out which illustrated that individual runners had differing responses to the same orthotic features.

While a reinforced arch and a slanted heel reduced pronation in some runners, others had little or no change, and some even exhibited increased pronation.

Using bone pins and X-ray imaging, Nigg and his colleagues found that there is little difference in skeletal movement between shoes with standard inserts, shoes with custom inserts, and no shoes at all!1

Several studies were showing a beneficial effect of custom orthotics.

A 1991 survey of 347 runners who used custom orthotics after suffering an injury found that 75% reported complete or near-complete recovery, and 90% continued to use their inserts after recovery.2

A more recent investigation in 2011 similarly found that custom orthotics reduced pain and were well-tolerated among most runners.3

The evidence when it comes to specific injuries is less clear—they might hasten recovery from knee injuries, for example, but the overall recovery rate is similar between runners with knee injuries who receive custom orthotics and those who do not.4

Are custom orthotics worth it for runners?

Nigg proposes that an individual runner’s body has a “preferred joint motion path,” which the body will always try to follow, regardless of the footwear condition.

If an orthotic encourages this preferred path of motion, the body won’t have to work as hard, and muscle activity will decrease.

But if an orthotic (or shoe, for that matter) opposes this preferred path of motion, the body will attempt to overcome it by activating muscles more strongly.

What does that mean for runners?

Most likely causing you pain somewhere else.

This explains why changes in pronation, for example, are small and nonsystematic when comparing groups of runners using the same custom insert.

Under Nigg’s theory, the body will respond to a “good” orthotic by subjectively feeling more comfortable when walking and running in it.1

Nigg’s theory was put to the test in a 2001 study of military recruits.

Instead of giving each recruit a custom-molded orthotic as is typical of this type of study, Nigg and his colleagues provided all 206 recruits with six options, which varied in heel height and cushioning.

Each recruit selected the most comfortable insert.

Regardless of which shoe insert the recruits chose, they all had a lower incidence of injury during basic training than recruits who were assigned a control insert.5

Certainly, there are still some universals when it comes to custom orthotic design.

A runner with chronic pain under his first metatarsal head will almost certainly benefit from a shoe insert which relieves pressure on this area.

The field of podiatry is (slowly) moving away from evaluating every foot relative to a “normal” one and instead focusing on the actual cause of tissue stress.

If your doctor does recommend a custom insert, don’t be afraid to try a high-quality over-the-counter orthotic (like Dr Scholls, SuperFeet or PowerStep insoles) at first, since they aren’t nearly as expensive as a custom orthotic, and at least one study has indicated that they may work just as well as a custom orthotic.6

How do you know if a custom orthotic is right for you?

Listen to your instincts:

Comfort remains your best indicator of whether or not an orthotic is going to work for you.

If you have a foot or lower leg injury and decide to give an orthotic a shot, it should feel better, not worse, than running without an orthotic.

If an orthotic feels wonky while walking or running, it’s unlikely that it will help prevent future injuries, and you should consider spending your time and money on strengthening your hips, as strong hips and glutes are the best way to prevent injuries in the future.

Get the latest updates and special deals delivered straight to your inbox!

What Our Customers Are Saying